"We have an agent who told us that Narmonov was being blackmailed by your military, and that your military was using some missing tactical nuclear weapons to make it stick. That's why we suspected that the weapon might have been yours."
"But that's a lie!"
"He was very convincing," Ryan replied. "I almost believed it myself. The President and Dr. Elliot did believe it, and that's why things got so bad on us. I'll gladly hang this bastard out to dry, but it's betraying a confidence . . . remember our conversation in my office, Sergey? If you want that name, you have to pay."
"That man we will shoot," Golovko promised.
"No, you can't."
"What do you mean?"
"We've cut him off, and all I said was that he lied to us. He gave us stuff that wasn't true, even in your country it does not constitute espionage, does it? Better not to kill him. You'll understand, if we can make this deal."
The First Deputy Chairman considered that for a moment. "You can have Lyalin—three days. You have my word, Jack."
"Our man has the codename of SPINNAKER. Oleg Kirilovich—"
"Kadishev?Kadishev! "
"You think you're disappointed? You ought to see it from my side."
"This is the truth—no games now, Ryan?"
"On that, sir, you have my word of honor. I wouldn't mind seeing him shot, but he's a politician, and in this case he really didn't commit espionage, did he? Do something creative with him. Make him dogcatcher somewhere," Jack suggested.
Golovko nodded. "It will be done."
"A pleasure doing business with you, Sergey. A shame about Lyalin."
"What do you mean?" Golovko asked.
"The stuff he was giving us—both of us—it's really too valuable to lose . . ."
"We do not do business to that degree, Ryan, but I admire your sense of humor."

Tom Clancy, The Sum of All Fears 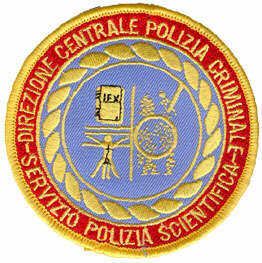